The great-niece of Boris Pasternak has told the High Court that she felt like a victim of “identity theft” after reading passages of another woman’s book about the Doctor Zhivago author... Read More

In Russia, protesters carry on a proud tradition

Christine Flowers recognises the sizeable community of heroes, raising their arms, their voices, their hearts and their spirits above the parapet... Read More

Inside the 'Annihilating Burden' of King Edward's Love Read More

What the heart wants – the original royal renegades

A fascinating excerpt from The American Duchess by Anna Pasternak as featured in People magazine... Read More

Anna speaks to Anna Kruglova about her books and plans for the future... Read More

Anna Pasternak speaks to Michelle Ruiz at Vanity Fair about the rift between William and Harry and the future of the British monarchy. Read More 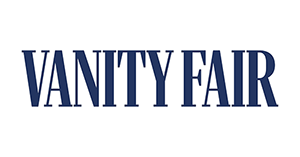 "Philip was Elizabeth’s backbone. He is an absolute emblem of duty, dignity and loyalty to the crown." Read More

Looking back at this 2019 interview with Wanted magazine, some of Anna's predictions have come uncannily true... Read More